Easily one of the standard Christmas classics, 'Home Alone' has been a holiday tradition for families worldwide since its release in 1990. How much do you know about the McCallister's home and the neighborhood filming locations?

Filmed in Winnetka, Illinois, the neighborhood surrounding the home became a character itself in the movie. Whether it's the Wet Bandits casing the neighborhood or the iconic scene of Kevin running across the railroad bridge, local landmarks were used for many scenes instead of filming on a soundstage.

The mansion at 671 Lincoln Avenue makes quite an impression in its starring role, and is equally impressive in real life. It made waves in 2011 when it was listed for sale at $2.4 million, but the final sale price was $1.585 million almost a year later. Quite a steal for the 4,000 sq ft 14 room mansion sitting on a lot that is larger than the surrounding homes.

Above is a video tour from Coldwell Banker that shows the home when it was for sale, and mentions some aspects related to the movie.

Want to see the mansion today? You'll have to stop by in person, because it has been blurred from Google Street View! The image below shows how the entire property has been masked, which is a privacy option that Google offers, but seems like a strange move for a home that has already been featured in a major motion picture!

The Store Where Kevin Shoplifts a Toothbrush 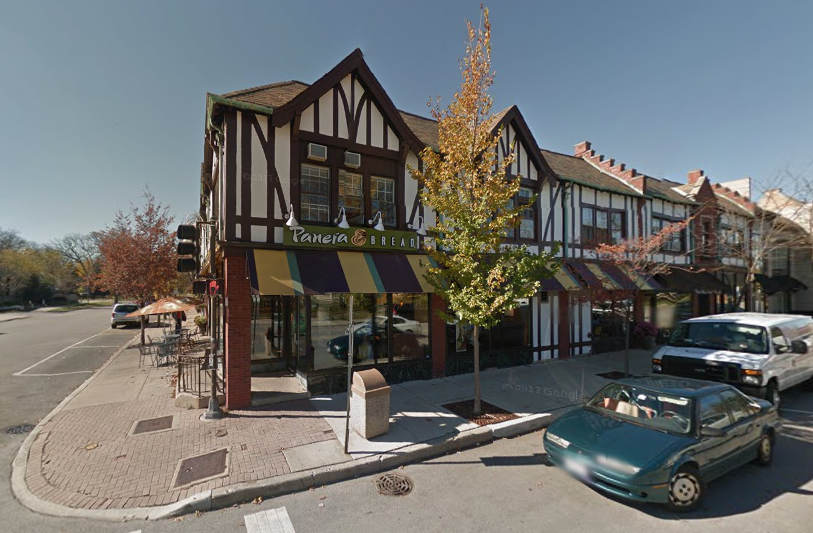 When Kevin sees Mr. Marley and runs out of the store without paying for his new toothbrush, the exterior of the store (Hubbard Woods Pharmacy) can be seen. This is at the corner of Gage Street and Green Bay Road, across the street from Hubbard Woods Park, which Kevin runs through after leaving the store. Twenty-five years later, the pharmacy location is now a Panera Bread.

Although the exterior was Hubbard Woods Pharmacy, interior filming reportedly took place at the larger Grand Food Center, which is very near to the 'Home Alone' house.

In another instance of time marching on, the familiar gazebo across the street from the pharmacy in Hubbard Woods Park is being torn down as part of a renovation, which will forever change how that corner looks for 'Home Alone' fans. 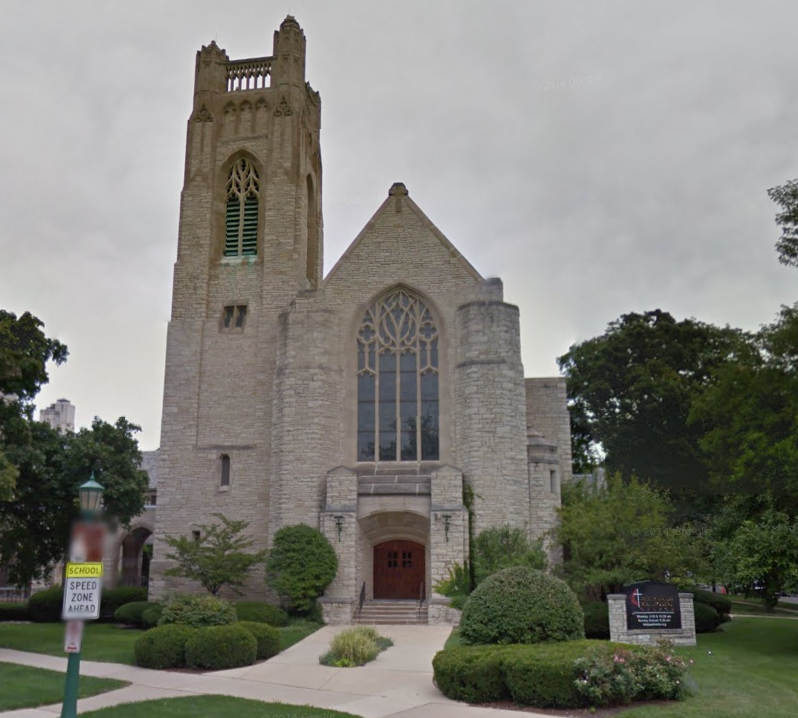 When Kevin seeks refuge from the Wet Bandits, he runs into Trinity United Methodist church in Wilmette, Illinois. In the movie, the large nativity scene was set up near where the sign for the church is today. Although Kevin quickly jogs around the corner from his neighborhood and into the church, it's actually about three miles away!

Another fun feature of Trinity United Methodist is that every October, the lawn surrounding the church turns bright orange as it becomes covered with thousands of pumpkins! The annual pumpkin sale helps to raise funds for the church's charity outreach work.

Do you have any favorite scenes from 'Home Alone'? If you live near the North Shore of Chicago, stop by these filming locations to get a taste of what the McCallister's neighborhood looks like today!

Where Christmas Poinsettias Come From

The Christmas Podcast Network Brings Together All The Best Christmas Shows

Do Real Christmas Trees Have Bugs?

The 2015 USPS Christmas Stamps Will Celebrate 'A Charlie Brown Christmas'

Full Moon on Christmas is the First Since 1977